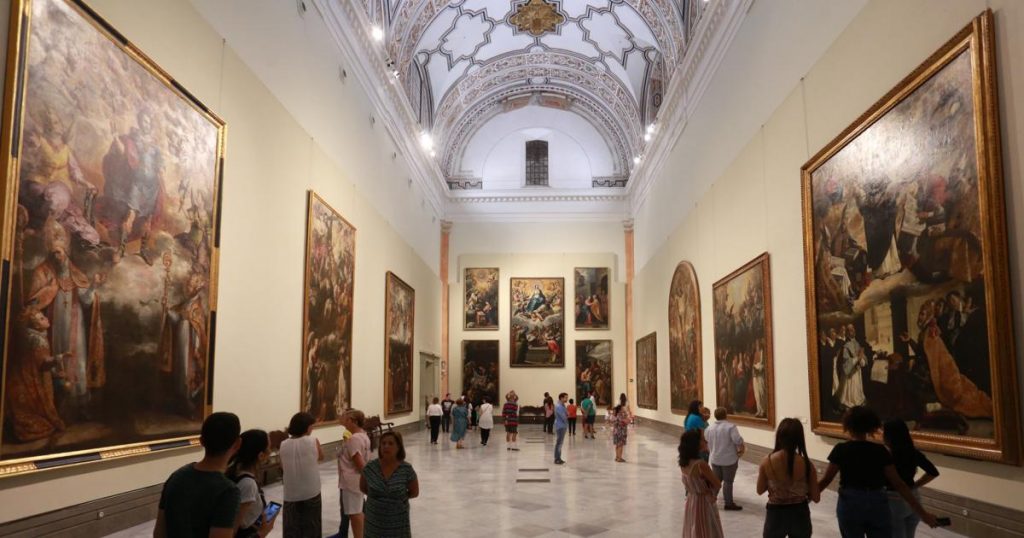 Seville museums cover a wide range of subjects, from paintings to archeological pieces and even our most famous art, flamenco.

Unfortunately, sometimes visitors underestimate the city’s museums either because nobody told them about or because they are short of time. You should take a closer look to some of them and allow some time in your schedule to visit them if it is possible.

Each section comes with handy practical information and insider advice. Use these tips to plan your visit to any of these fascinating museums. The objective is to make the most of your time there…

There are at least two Seville museums dedicated to paintings. The Museo de Bellas Artes is one of them, but also the second most important art museum in Spain after El Museo del Prado (Madrid). It exhibits the most famous paintings of the Seville School (15th to 17th centuries) featuring an impressive collection of works by Murillo, Valdés Leal, Zurbarán and El Greco among others.

It was inaugurated in the middle of the 19th century although the original building was a convent.

This museum began in the mid-19th century exhibiting several private collections and was later on moved to its present location in 1946. The initial collection was comprised of church properties confiscated in the 19th century and from the Itálica excavations. Throughout the years, it has grown considerably and it now covers the period from the Roman Empire to the Middle Age (15th century).

Some Seville museums are downright historic. In this case, the building was the Renaissance Pavillion during the Ibero-American Exposition that took place in 1929.

Complete guide of the Museo Arqueológico »

The museum displays a collection of traditional clothing and decorative arts representing the culture of Andalucía and the everyday life. There is also a great collection of posters of the Feria de Abril (Seville’s Spring Fair) from the early 20th century.

The building is known as the Pabellón Mudéjar and was also a permanent pavilion for the Ibero-American Exhibition in 1929. The Mudéjar style is an architectural mixture of elements from the Muslim and Christian cultures very popular during the Middle Age (12th to 15th centuries) and present in many regions of Spain and buildings in Seville.

This museum is created thanks to the initiative of the famous flamenco dancer Cristina Hoyos and it opened its doors in 2006.

The most important spaces are the ground floor, with a typical patio and the first floor where you can learn the origin and history of flamenco, the different styles and the biography of some amazing bailaores (both male and female).

There are a number of Seville museums featuring art. The CAAC has a permanent collection focused in particular on the history of contemporary Andalusian art. Temporary exhibitions, seminars, workshops, concerts, meetings, recitals, film cycles and lectures are also held at the museum.

The building used to be the Santa María de las Cuevas Monastery, one of the most important monasteries of the city. It was built in the 15th century and housed the cloistered order of San Bruno. In 1840 the abandoned building was bought by an Englishman and transformed into a ceramic tile factory until 1982. Finally, in 1997 it became the museum we can see today.

The Pabellón de la Navegación (or Navigation Pavilion in English) was reopened in January 2012. It used to be one of the main attractions of Seville’s 1992 Universal Exposition. After 12 years being closed, the City Council spent more than 11 million € to restore it.

Today it is a museum devoted to Seville’s relationship with water. The main building is divided into four rooms for exhibits which hold the permanent exhibition “Seville and the Atlantic Navigation”. The Pabellón de la Navegación is located in the southern part of the Isla de la Cartuja, right at the river bank.