I have been lucky enough to live in Seville, a beautiful city located in the South of Spain, for several years. My love for it led me to create Seville Traveller, an independent online travel guide with over 25,000 monthly readers and the free guide 'Seville For The First Time'. Continue reading...

Guide to bullfighting in Seville 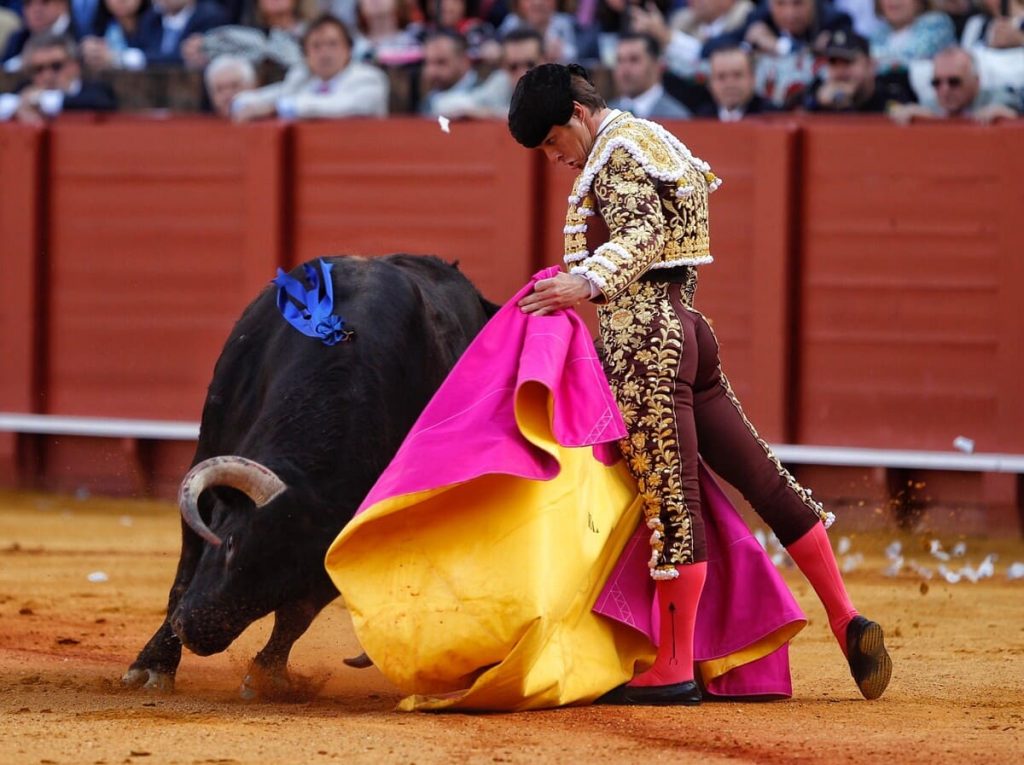 Bullfighting in Seville became popular at the end of the 18th century. It is certainly one of the best-known Spanish customs as well as an important part of the country’s history and culture.

Actually, the bullfight is the most immediate image most foreigners have of Spain. And while it is still a controversial subject, your image of Spain surely gravitates around bullfights, flamenco and whitewashed hill towns.

What is a bullfight?

A bullfight is an event in which the bullfighters, on foot or on horseback, confront a number of bull in an enclosed space built for this purpose.

There are three kinds of bullfights:

The bullfight is divided into three stages:

As soon as the bull is dead, the audience judges the matador’s faena applauding and whistling, trying to influence the President’s final decision on whether or not he should award the matador.

How to buy bullfight tickets

If you are interested in buying bullfight tickets to attend a corrida in Spain, have a look at a complete and step-by-step explanation on how to get your tickets online. Actually, you could also go to the bullring ticket office or get them from one of the peddlers wandering around the plaza but you risk not having tickets for that precise day and the peddlers will ask you to pay an overprice.

Moreover, with this simple guide you’ll learn everything you need to know about the different type of seats, where to buy the tickets and have an idea of a price range.

The most important bullrings in Spain are Las Ventas in Madrid and La Maestranza in Seville.

Madrid is the mecca of bullfighting because of its tradition, the audience’s thoroughness towards the toreros and the impressive size of its bullring. Las Ventas holds bullfights from March or April (depending on the Semana Santa dates) until October. Have a look at the Madrid bullfighting official schedule.

In Seville, the most important bullfighting event takes place during the Feria de Abril, although bullfights begin at end of the Semana Santa. It’s a great alternative to go to a corrida if you happen to miss Madrid’s season, so you may find it worth to check the Seville official schedule.

How to watch a bullfight

Before attending a bullfight, you may have some questions. This practical guide to bullfighting provides all the information you need to know before going to the bullring.

Finally, you can have a look at a complete glossary of bullfighting terms. You will soon realize that the tauromaquia is a universe on its own, full of traditions, and words that are only related to bullfighting. The definitions and explanations will help you understand the particular vocabulary used during a bullfight, which will prove particularly useful if you plan to attend one.