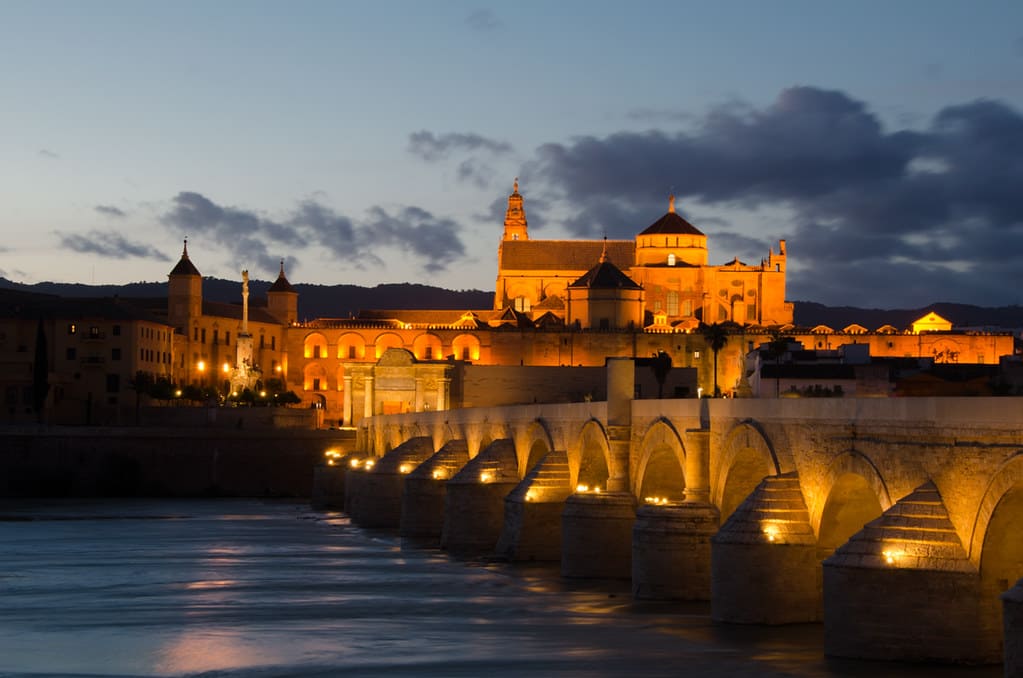 Explore the charms of Southern Spain planning several day trips from Seville. Andalucía, a region formerly ruled by Muslims is now home to vibrant Granada famous for the Alhambra complex, Córdoba and its magnificent Mosque, and the sun-baked whitewashed hill towns – also known as pueblos blancos. Don’t miss it.

Fitting in one or two day trips will enrich your experience and will give a better perspective of the beauty, majesty and history that is just outside Seville.

Take advantage of the fact that many of Spain’s most iconic locations are close to Seville. Art, gastronomy, architecture, history – whatever your interest, there is a day tour from Seville that will suit you. Pick yours and book it online, everything will be taken care of for you.

With so many to choose from, planning a day trip is a piece of cake. You don’t have to rent a car or negotiate the trains. All of these private tours pick you up directly from your Seville hotel and return you back safely at the end of the day.

Another bonus of these day trips from Seville listed below is that all entrance fees and, in many cases, a classic Spanish lunch, is included in the cost.

Don’t wait until the last minute to book your day trips from Seville. Most of these tours sell out, so be sure to book online before you leave home!

Granada is a delightful mix of both its Muslim and Christian past. The Alhambra is one of Europe’s top sights, but many visitors never get to see it because tickets sell out. Savvy travelers like you and me make an advance reservation.

The Alhambra captures the region’s history of conquest and reconquest. Initially, Moorish magnificence blossomed in the Alhambra. Their visual culture was exquisite, artfully combining design, aesthetics and water. Later on, when Christian forces re-established their rule here in 1492, their victory helped provide the foundation for Spain’s Golden Age.

At sunset, go to the breathtaking San Nicolás viewpoint overlooking the fortress of the Alhambra. You will be at the place to be in Granada. It’s located in the city’s old Moorish quarter, the hilly Albaicín. This area has cozy white-washed houses, flowery patios, and romantic alleys where you can feel the Arab heritage that penetrates so much.

Book your small-group day trip to Granada from Seville »

Reserve a guided visited of Alhambra while in Granada »

Córdoba has a glorious Moorish past. While its old wall evokes the history of a long-ago empire, its elegant cityscape and convivial squares show a modern pride. The city’s centerpiece is its massive former Mosque – the Cathedral today.

In the 10th century, the Mosque was the center of Western Islam and a cultural hub that rivaled Baghdad and Constantinople. A wonder of the medieval world, the Mosque is remarkably well-preserved, giving you a chance to appreciate the glory days of Moorish rule.

Córdoba has an Alcázar, a 14th-century synagogue, a Roman bridge, and the Museum of Al-Andalus Life. And unlike other visitors who leave the city missing all this highlights, take a comprehensive tour to make the most out of your time.

Additionally, join your guide on a scavenger hunt for patios. These mostly hidden spaces are usually tucked behind ornate ironwork gates. As you wander, peek into any open patio door to catch a glimpse of a flowery retreat. Homeowners will welcome you and will be proud to show you their patios!

Book your guided day trip to Cordoba from Seville »

Check the best Córdoba tours (including the Mezquita) »

Visit Jerez to try some of the region’s finest sherry and watch an equestrian ballet at the Royal Andalusian School of Equestrian Art. This spectacular show features a choreography adapted from the training exercises of classical dressage, incorporating traditional Spanish music and costumes dating back to the 18th century.

After a short stop to walk around El Puerto de Santa María, head to Cádiz – the oldest populated city in Europe, to enjoy a panoramic sightseeing tour. Take in views of Plaza España, the Falla Theater, Santa Catalina and San Sebastián castles, and the Cathedral.

Your English speaking guide will take you through 3,000 years of history and fill your mind with interesting anecdotes of the city.

Visit Ronda, one of the oldest towns in Spain, and take a stroll through the 19th-century gardens in Alameda del Tajo and soak in the wonderful views.

Next, head to the Plaza de Toros, a traditional Spanish bullring made of stone. Learn about its uniqueness and the history of bullfighting from your English speaking guide.

Enjoy great views of the vast Tajo river gorge below several beautiful bridges including the New Bridge, a symbol of the city that connects Ronda’s old and new districts. Next, visit the beautiful San Juan Bosco House – a palace that mixes modern and colonial styles and offers astonishing views of the valley.

Head to the city’s historic center to visit the church of Santa María and witness the fuse of Christian, Arab, Gothic and Renaissance architecture. Then, immerse yourself in Spanish wine culture with a tour of the Wine Museum of Ronda. Even better, taste some great local wines at the Sangre de Ronda winery.

After Ronda, head to picturesque Pueblos Blancos, a series of towns and large villages in the northern part of the Cádiz and Málaga provinces.

Learn from your guide about the origin of this area. Its name, meaning ‘white houses’, comes from the custom popular among the local inhabitants of whitewashing the outside of their houses and decorating them with brightly colored potted flowers. The contrast with the blue sky and the green hilltops, this area offers a unique explosion of eye-catching color.

This Doñana day tour picks you up in Seville and gets you back the same day. Doñana National Park is a UNESCO World Heritage Site and one of Europe’s largest natural wetland reserves.

As soon as you arrive, hop in a 4WD vehicle for an exciting tour of the park with your guide. Witness a variety of ecosystems as you travel along lagoons, dunes and beaches and through marshlands and forests. Spot abundant wildlife including endangered species such as the Egyptian mongoose and the Iberian lynx.

After your adventure, head to the village of El Rocío, a world-renowned pilgrimage site. Learn how this site dates back to the 13th century and see the Virgin of El Rocío, a small, much-venerated carved wood religious statue.

Next, soak in the beautiful scenery of Matalascañas Beach. Enjoy free time to take a leisurely stroll on the sand and end a wonderful day admiring the Atlantic Ocean.

Embark on a journey from Seville to the ancient city of Gibraltar, the gate between Africa and Europe on the Mediterranean Sea. Learn about the history of the ancient city, which is a British overseas territory. Admire the views and take photos of the Spanish and Moroccan coastlines.

You are picked up at your hotel in a comfortable minibus and head to the famous Rock of Gibraltar, which rises and protrudes majestically above the Spanish landscape. With your guide, visit one of the rock’s many amazing caves, St Michael’s Cave, and take lots of photos of the astounding formations.

Then, enjoy the unique opportunity to observe the funny monkeys of Gibraltar! You’ll be entertainment by these playful monkeys as they try to win your attention.

You’ll also enjoy free time to explore more on your own and roam the bustling pedestrian streets. Head to Main Street for some shopping, where you can snag great bargains.

Read more about the Gibraltar day trip from Seville »