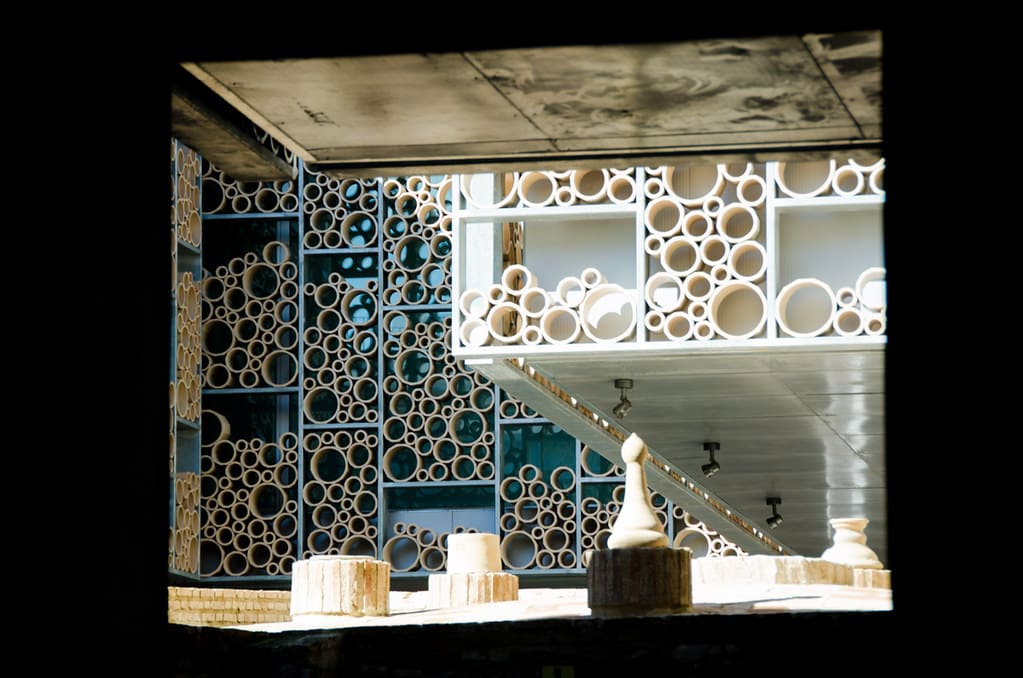 The creation of the Centro Cerámico Triana aims to represent the history of the pottery tradition in the Triana neighborhood. Here, you’ll learn everything about the long history of ceramic tile production in this charming Seville neighborhood.

All the elements with archaeological, anthropological and architectural meaning are shown in their original context: the kilns have been restored and put in value, and the routes and the relations of the different professions that were united in the same location are conserved.

4 keys to the Centro Cerámica Triana

Andalucía is famous for its long history of ceramic creation, and no Andalusian courtyard or house is complete with its own special collection of colorful tiles. It’s no surprise that the Centro Cerámica Triana is an aesthetic delight then, with the main courtyard itself a real treat…

In 1870 the clay industrialist Antonio Gómez bought some pottery from García-Montalván, for the production of ceramics in the Triana neighborhood. The business then passed to his widow, becoming known as the factory of the Widow of Gómez. In 1906 it took the name of its new owner, Manuel Corbato. In 1920 the factory passed to his brother-in-law, Manuel Montero Asquith. From 1939 onwards the Rodríguez Díaz brothers ran the factory under the name of Cerámica Santa Ana because Santa Ana (Saint Anne) is the patron saint of Triana.

After several ups and downs, the industry shot up in the run-up to the 1929 Universal Exhibition and Triana was home to almost 40 factories: Santa Ana, Montalván, Laffitte, Mensaque, Santa Isabel… In the 1970s, the prohibition of the use of wood-burning ovens due to smoke emissions brought decadence to the sector.

The Cerámica Santa Ana ceramics factory was decommissioned in the 1970s and has been a protected historical monument since 1999.

This fact has permitted that many of its elements are complete and located in their original site: seven firing kilns, a well, pigments mills, workshops and warehouses. During archaeological works, remains of other 8 kilns, out of which the oldest ones were in use until the end of the 16th century, were found. Two of these kilns have been integrated into the project.

Nowadays, there are no ceramic factories in the province of Seville.

The project to transform the old factory into a  Seville museum was planned for 2009, and after a long period of restoring works, the Triana Ceramics Museum was finally inaugurated in 2014. The old factory is not visible from the outside; it’s hidden behind much modern and urban buildings.

What to expect from the Centro Cerámica Triana

The Triana Ceramics Center is distributed in two floors as follows:

On the first floor you can find several historical kilns (some from the 16th century), the water well, the clay deposits, the mineral mills, the almagenas or containers for storing the prepared pigments, the potter’s wheel, the tables for airing pieces and drying molds or the board where the painters decorated the large tile panels.

The upper floor combines several spaces with different functions: tourist point, assembly hall, information centers about the Triana neighborhood, temporary exhibition hall and permanent exhibition rooms. The latter is made up of municipal pieces that were deposited in some of the city’s museums, completed with works requested on loan from other owners.

Why you should visit the Centro Cerámica Triana

From outside, it’s difficult to guess what is hidden behind the historical façades of Triana, the old artisans’ district of Seville.

Actually, Triana used to be home to Seville’s famous tile workshops and potteries. Almost any tile you see in the city’s churches, hotels, bars and private houses, as well as the gorgeous Plaza de España, will have been made here in Triana. The industry dates back to Roman times, using clay from La Cartuja, to the north of the area.

And while there’s not much to look at from outside, as soon as you walk past the reception area you realize that this is because everything faces inwards into the main courtyard – the principal production area of the factory.

In the inner courtyard, a new extension nestles gently against the borders of the existing plot and forms a modern exhibition floor. More specifically, the exhibition areas are in the buildings overlooking the courtyard, which have a facing of randomly sized pottery tubes called a celosía, which provides shade for the interiors while still allowing light to enter.

The entryway to the museum comprises an imposing corner house, bedecked with ceramic tiles and advertising placards, which is home to sales areas and work spaces. The complex recalls the original characteristics of this factory building, which is typical for the area. Whereas the sales, storage and living spaces faced the street, craft work and production took place in the rear courtyards.

You’ll embark on a labyrinthine journey as you’re led through an authentic portrayal of the various stages involved in ceramic production and the naturally preserved stony, dusty remains.