Go to a Spanish football match and enjoy the show 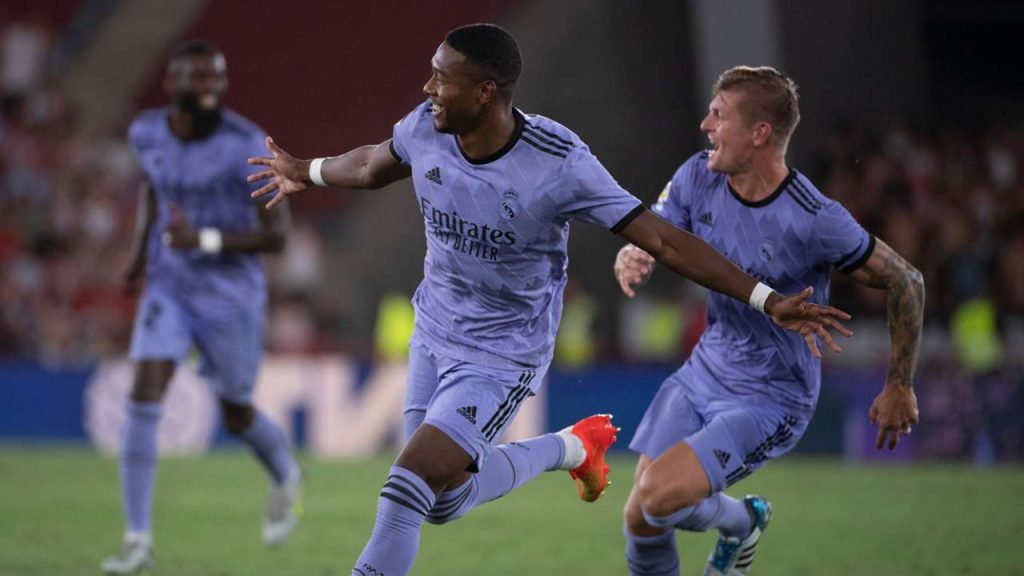 Are you passionate about Spanish football? If your answer is yes, keep reading to learn everything you need to need to attend a soccer game while you are in Spain.

Spain’s national sport is soccer, there is no doubt about it. The entire country comes to a halt when there is an important game.

The Spanish league is played among 20 teams. However, for the past 20 years LaLiga has been dominated by two world football giants – Real Madrid FC and FC Barcelona. They represent the biggest rivalry in football history.

But not every Spaniard supports Barça or Madrid.

In Seville, football is a synonym of passion and Sevillanos break up into Sevilla FC or Real Betis fans. They need to be for one or the other. Being for Madrid or Barcelona, it’s easy because they are always winning. Every Sevillano will tell you that “It’s only when your team makes you suffer that you really come to love them”.

On match days, the rivalry is plain to see and crowd trouble has been seen in the past. Inside the stadium, even if there is no violence, there are always insults traded between the two sets of supporters and plenty also happens on the pitch.

As well as winning the points, it is all about crowning the kings of the city.

Aren’t you eager to attend and enjoy a cracking game?

Get your Sevilla FC tickets now!

Or book your Betis tickets here.

You can also go to a football match in Madrid or Barcelona.

Have a look at the Sevilla FC official calendar

The Spanish football season is relatively long compared to other countries.

Moreover, Sevilla FC is generally involved in other competitions apart from LaLiga. So the number of matches taking place at the Sanchez Pizjuán stadium is very high.

On top of it, the city has two football teams. So you can attend a Spanish football match every single week – either a Sevilla FC one or a Betis one.

If you want to know all the information concerning all the current season’s Sevilla FC matches, check the official calendar.

Get your Sevilla FC tickets

Perhaps you think of Sevilla Fútbol Club as one of the top teams in Spain. And you are right.

Since the millennium, Sevilla FC have almost always competed in Europe (including a run of 15 consecutive years).

In addition to this, the Sevilla supporters are brilliant on every event, generating a memorable atmosphere throughout the game. They are definitely the 12th man and make the difference on every match.

Don’t miss the chance of experiencing this feeling, you will have goosebumps!

A weekend in Seville, enjoying great weather and watching football? Then Estadio Ramón Sánchez Pizjuán – the home stadium of Sevilla FC is the place to be!

This LaLiga stadium is also named after a famous Spaniard, namely the former president of the club: Ramón Sánchez Pizjuán.

Once inside, you will definitely feel the intense energy of the supporters everywhere in the stadium.

Betis is perhaps the most exciting team to watch in LaLiga – attacking in an almost cavalier fashion, scoring and conceding goals aplenty. There is always something going on in the field.

The Real Betis official calendar details all the current season’s matches that the team have played or will do in the next few months. Look at the dates the team plays at home, and pick one that suits you best according to your travel dates.

Have a look at the Real Betis official calendar »

With your Betis tickets you will be able to enjoy and experience the magnificent atmosphere at Benito Villamarín stadium for all the team’s home games. The passionate fans are amongst the best in Spain, if not Europe.

Don’t wait too long and book your Spanish football tickets in advance so you can experience an amazing event and get the best value for your money!

Get your Real Betis tickets online »

The recently expanded 60,720 capacity Estadio Benito Villamarín is now the fourth biggest stadium in Spain. It was originally opened in 1929 as the Estadio Heliópolis (named after the neighborhood) but now bears the name of the man who was club president from 1955 to 1965.

As you may have guessed, the atmosphere is at its best when you visit the stadium during the city derby between Sevilla FC and Real Betis!

Read more about the Benito Villamarín »

Attend a football game in Spain

Regardless of whether you are a soccer fan or not, experiencing Spanish football inside the stadium is money and time well spent.

In most places around the world, football is one of the most popular sports for fans and aspiring stars to watch and play. But in Spain, the passionate fans along with the distinctive atmosphere you feel as you watch super stars, makes this an incredibly rewarding experience.

The beauty about watching a match live is that it really doesn’t matter about the scoreline, instead it’s the whole experience and memories that you will savor.

Don’t miss the chance of attending a Spanish football game »