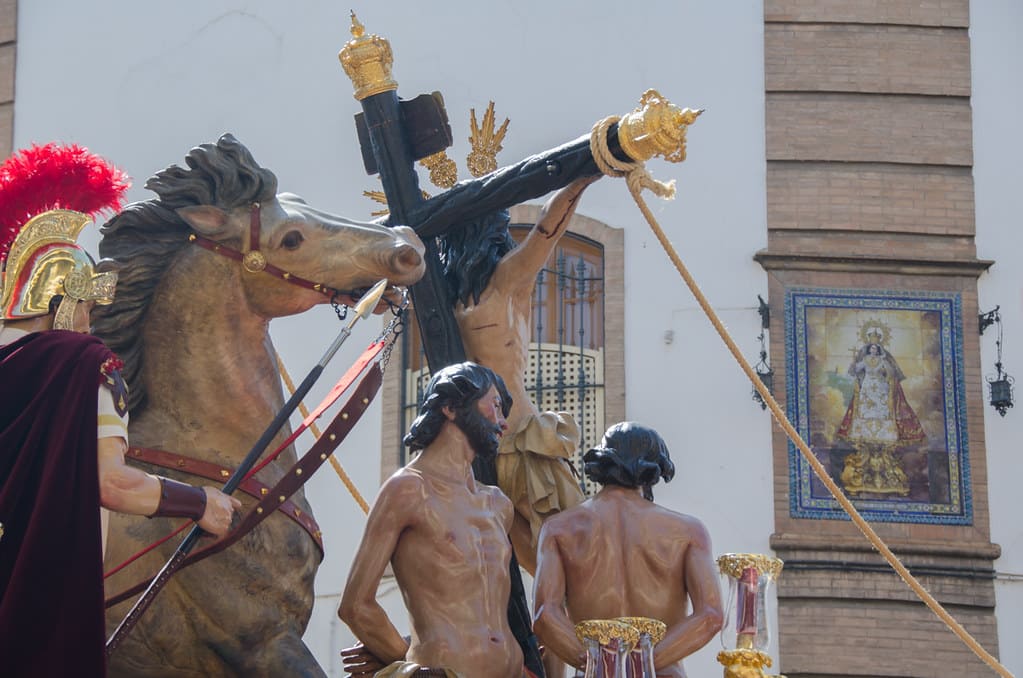 There’s nothing greater than Holy Week, Seville’s biggest celebration of the year. Between Palm Sunday and Easter, 60 processions will take place. So many cofradias and pasos invade the streets simultaneously that you’ll need to have a look at the schedule to plan your route.

After living the Semana Santa for a few years now, I’ve asked many times to friends what the highlights are. What I mean by highlight is “where should I be to get the most of this or that procession?”.

I am overwhelmed by the amount of different answers I still get. Therefore, I decided some time ago that I just had to learn from my experience and pick my favorite moments and spots!

And that’s exactly what this is about. A selection of my best picks for each and every day of Holy Week. Seville is full of action and you’ll be glad to know where to go and what to see…

… Because, trust me, you won’t be able to see everything everywhere!

(When not specified, the names refer to streets. The times are approximate).

Even though it’s really difficult to make a choice during the most important day of the Holy Week, Seville raves about…

To make sure you don’t miss the action, check the next Semana Santa dates!

Apart from Seville, many other cities celebrate Holy Week in Spain. Our country offers beautiful Easter celebrations and has plenty of traditions.