Guide to sightseeing in Sevilla, Spain 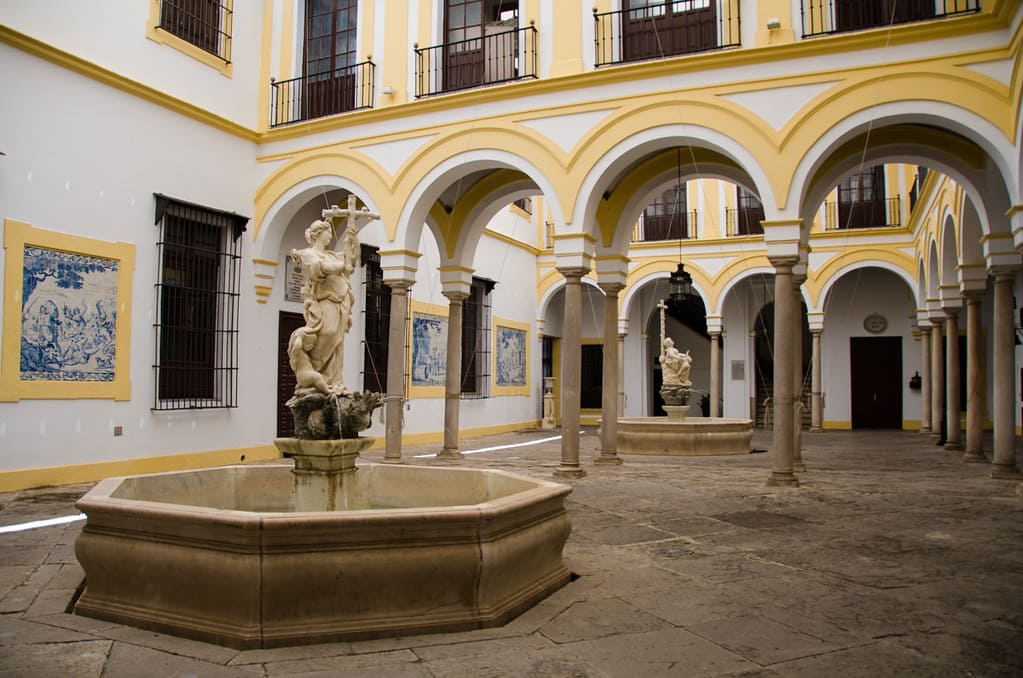 You should check this Guide to sightseeing in Sevilla, Spain. The city is the mecca of bullfights, has astonishing churches and so many amazing palaces that you may even feel overwhelmed.

But that is just an impression.

After reading the following hints, you’ll be fully capable of choosing the sights that interest you the most and, if you feel like, go for the full experience!

On top of it, Sevilla is an magical place full of history, tradition and romanticism. But you should already know that by now.

If not, why don’t you take a look at some of the most beautiful and magnificent monuments? Check out the complete list of the sights you should definitely not miss if you want to experience the whole scent of Andalucía’s most awe-inspiring city.

Would you like to discover places that do not appear in the guidebooks? Are you looking to run away from the touristic circuits and their endless groups? If so, read everything you need to know about some of the hidden gems of Sevilla. Spain can offer you so many things…

This is a curated list of sights most visitors skip when then come to Seville. Or even worse, no one told them they existed.

By the way, admission to all these monuments is included in the Sevilla Card.

The city has a very long list of monuments that deserve to be seen. But if you really want to understand why people fall for it and keep returning over and over, wander through Seville’s pretty cobbled alleys and relax next to one of its tinkling fountains. You will end becoming a traveller instead of a tourist.

If you are short of time and want to make the most if it, a great option is to to take a a tour on a hop-on hop-off bus ride along Sevilla.

The only thing you have to do is sit back and relax. Eventually, if want to have a closer look at any of the sights, hop on and off at your convenience. Let the experts highlight all the things to do and places to go during your stay.

Money Saving Tip: Did you know that a hop-on hop-off bus tour is also included with the Sevilla Card?

The Casa de Pilatos is an marvelous palace built in the 16th century that combines perfectly the Spanish Mudejar style of that time with further additions and renovations over the Renaissance. It is considered by many one of the best examples of the Sevillian architecture and represents the nobility way of life.

It will soon become one of your favorite sites in Sevilla for two reasons.

The first one is because the palace is generally not included in the usual tourist routes. Actually, the city centre is a maze where you can easily get lost. Bring a map or ask for directions.

The second one is because of the amazing atmosphere you can find there. Even during the hottest day you’ll find fresh air in the lower rooms
isolated by tiled walls. The sound and harmony of the main courtyard with its beautiful fountain and Greek statues are unique. And don’t forget to stroll at the gardens, an absolute delight.

Read a complete guide of the Casa de Pilatos »

The Charity Hospital was founded as a retreat for sick abandoned people in the late 15th century and is managed by the Charity Brotherhood (Hermandad de la Caridad). The building is organized around a double patio surrounded and divided by arches.

Apart from the hospital itself, the complex has a magnificent church devoted to San Jorge (Saint George). Its Baroque façade can be seen from Calle Temprado and it’s worth spending a few minutes taking a look, especially the five blue-tiled panels. Once you enter the church from the main patio, don’t miss the spectacular altarpiece with a magnificent sculpture of the Christ’s burial and the paintings on the sides from Murillo and Valdés Leal.

It is one of the most beautiful churches in Sevilla, followed by the church of the Hospital de los Venerables.

Everything you need to know about the Hospital de la Caridad »

La Maestranza is the name of the oldest and most famous bullring of Sevilla. Spain tradition of bullfighting dates back to the Ancient times (both Greeks and Romans confronted bulls) and it has not changed that much since the 18th century.

One of our most famous and controversial customs, bullfighting is a synonym of passion, courage and art.

Built between the 18th and 19th century, this magnificent construction is a reference for both toreros and spectators. A short guided tour at the plaza will show the tradition, how well organized a bullfight (corrida) is and the thrill of such a spectacle.

If you plan to walk to the Plaza de España, don’t miss the Real Fábrica de Tabacos (Royal Tobacco Factory). It used to be the most important industrial building of the 19th century and it is now part of the University of Sevilla.

Spain had one of the most flourishing tobacco industries and cigars were handmade at the factory until the 1950s.

French writer Prosper Mérimée used it as the setting for his most famous novel, ‘Carmen’, later on adapted by Georges Bizet as a famous opera. Did you know that the main character Carmen was a tobacco worker (cigarrera)?

The Palacio de Lebrija is one of the finest private houses of Sevilla. Spain was at the zenith during the 16th century (also called the Golden Century or Siglo de Oro) and many of these palaces were built back then.

However, most of the renovations and decorations that can be seen today were the result of the Countess of Lebrija love for archeology and art.

The Countess bought the palace at the beginning of the 20th century and devoted it to the conservation of an impressive collection of Roman mosaics. Most of them are from the abandoned town of Itálica, just a few kilometers away from Sevilla. Unfortunately, Itálica had been used as a quarry for decades. Had it not been for the Countess, the mosaics would have surely disappeared.

The central patio, again a great example of the Mudejar style, and the main staircase, removed from a ruined convent, are also part of the highlights of this beautiful house.

The amazing Archivo General de Indias or General Archive of the Indies holds a vast collection of documents referring to the colonies Spain had between the 16th and 19th century. Most of them were located in America and were called the Indies at the time as Columbus thought he arrived there on his first trip.

Just to give an idea of its importance and size, the Archive guards more than 8,000 maps and drawings. Most of them are city maps of places that still exist today, in a vast area that goes from the South of the United States to the end of the Patagonia in Chile and Argentina.

Wander around the Archivo de Indias »

Are you interested in finding out more about uncovered hidden gems…

… or maybe exploring the most famous and impressive monuments of Seville?