Tipping in Seville: when and how much? 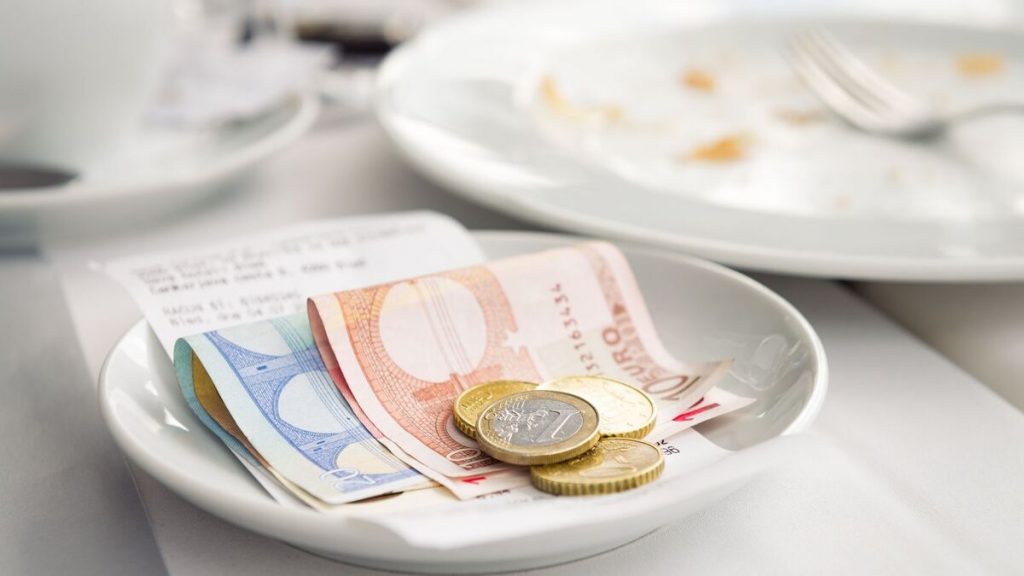 Tipping in Seville, and in Spain in general, is completely different than in other countries. Tipping cultures vary from country to country, so where it is the norm in the United States for example, in Spain it’s not always necessary.

When you go on holiday in Seville you’ve probably asked yourself the question “Should I tip for this meal?”.

Since we’re talking about money, these tutorials will come handy:

If you aren’t familiar with Spanish tipping etiquette, you might make a mistake and face an awkward situation.

So avoid tipping embarrassment and read the following guide to tip confidently.

Tipping in Seville is not compulsory, but appreciated.

Usually, locals only leave a tip in restaurants for incredible customer service when they want to show their gratitude.

However, every tip is highlight appreciated by all people working in the service industry. So if you feel like leaving a tip, you should definitely do it!

Tipping is at your discretion. You can therefore calculate the tip according to your feelings, the service you received vs what you were expecting, the feeling that you’ve been undercharged, etc.

How much do people tip in Seville?

There is no exact rule or percentage you have to keep in mind.

The amount you tip in Seville will depend on where you are and what type of services you’re buying. You’ll see people simply rounding up or telling waiters or drivers to keep the change.

As a general rule, expect to tip around 5-10% of the bill. If you get exceptionally good service, say thank you with a tip closer to 15-20%.

Since tips are only given for very high-quality service, it’s not rude to leave without tipping.

The best piece of advice I can give is to pay everything with your travel debit card. You’ll avoid hidden fees and terrible foreign exchange rates.

But what happens if you pay for a lunch with your travel debit card? Should you pay the tip in cash or directly with the card?

Well, you can pick either one as both options are valid in Seville.

However, I recommend you to tip directly when you pay by card. It’s much easier.

Tipping in cafés and bars in Seville

A visit to a bar or café by an average Sevillano is normally for a small snack, water, coffee or a beer or wine and as such locals don’t tend to leave a tip.

That being said, although tipping isn’t required, feel free to leave a tip if you want to. If you plan to return there throughout your stay, you will probably get even better service next time! A general rule of thumb is to round up the bill to the next euro and let the bartender keep the change.

Waiters and waitresses in Spain are often employed on a full time basis with a contract and wages paid at least at living wage level. Tipping at a restaurant is not expected at all, but you can do so if you are happy with the service. Of course, it will be gratefully received.

Additionally, you may be charged an extra fee for sitting outside. To avoid any confusion, ask the waiter if there is a terraza fee. If you leave a tip, make sure you don’t leave your table unattended until the waiter takes it.

There isn’t generally a tipping culture in hotels in Seville.

Unless it’s a major international hotel, porters are not normally available to help carry bags but if they are and you wish to tip, 1€ per bag is the norm for hotel tipping.

You may also wish to leave tips for the maid at the end of your holiday. In this case, leaving something between 3€ and 5€ is perfect.

You can give a room service tip should to the person bringing your food at the time of ordering. For this matter 1€ is more than enough.

You don’t need to tip taxis in Seville, and tips won’t be expected by taxi drivers, either.

You can leave a tip if you’re feeling generous, if you’re part of a larger group, the taxi driver helped you move your suitcases to the doorman, or if he went above and beyond for you.

Keep in mind that most drivers charge a bag fee, so don’t double tip if that’s the case. And please, don’t follow those tipping guides that suggest tipping 10% of the taxi fare. It’s clear they’ve never taken a taxi in Seville (or in Spain for that matter!), and if they did, they’ve overtipped.

Example: The ride has been 5.43€ – don’t leave a tip. You go from the airport to your accommodation and the ride costs 25€, don’t tip the driver either – the ride was expensive enough!

Tour guides generally work as freelancers. Thus, they’ll always appreciate a tip at the end of the tour or the end of your trip with them if you are on a visit that spans more than one day.

A tip of 5€ to 10€ per day is the standard for a tour guide, especially one that has made an extra effort to show you places off the beaten tourist track or to take you to a restaurant that only locals would be aware of.

And please, please don’t take one of the ubiquitous free tours that make their way through the streets of Seville.

Example: You book a 95€ photography tour and you like the guide so much for her explanations and enthusiasm that you tip her anywhere from 5 to 20€.

Are wondering what’s the tipping etiquette for spa staff, a hairdresser or a horse carriage driver…?

For any other situation when you wonder what’s the tipping etiquette in Seville, remember that the tipping guidelines can be summarized as follows: reward good service but not bad one, the amounts tend to be smaller than in other countries, but the more you give them, the happier you’ll make them!

Since tips are not expected but they’re appreciated, any tipping should be considered proper tipping. So if someone is not happy with it, it’s their problem, not yours.

And it’s also okay not to tip.