Should you take Metro Sevilla? 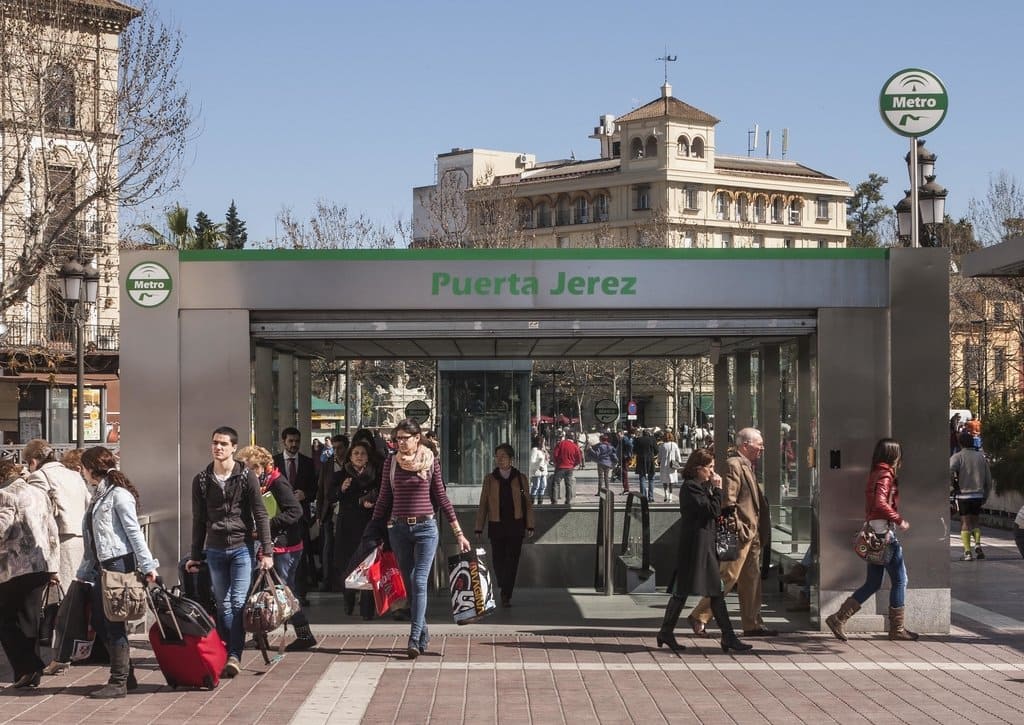 You may wonder if Metro Sevilla, the city’s subway service, is a good option to move around Seville and reach the main highlights.

Well, the Seville subway is very simple indeed. Basically it is just one 18-km line that crosses the city from west to east.

But if you dig 1.5 meters (4 feet) underground nearly anywhere in Seville you run into either Roman, Arab or Baroque ruins, so it is no surprise that Seville’s subway consists of only one line…

Metro Sevilla is supposed to grow sometime in the future, but no one knows when will that happen.

How big is the Metro Sevilla network?

Metro Sevilla subway is one of Europe’s smallest and it does not cover several areas of the city center.

If you look at a map of the subway map superimposed on a Seville city map, you will notice that there is a huge section of the center of historic Seville where the Metro Sevilla does not go. Can you guess why?

It’s full of ruins! Every time they try to dig, they find more ancient stuff.

That’s why the subway network expansion is taking so long.

As a visitor is Metro Sevilla a useful option?

Considering the size of its network, Metro Sevilla is not as useful for visitors as the subway can be in other cities around the world.

Unless you are staying near a Metro stop (which is highly unlikely), or you’re visiting primarily places on the Metro line when you’re in the city center, chances are good you may not find the Metro Sevilla all that useful.

Yes, some of Seville’s big tourist sights are on the Metro line (there a subway stop, for instance, 5 minutes away from the Cathedral and the Alcázar). But lots of other major Seville sights aren’t anywhere near a Metro stop.

Can you use Metro Sevilla to go from the airport to your accommodation?

Unfortunately, the Seville subway system is not directly connected to Seville airport. So you won’t be able to get to your accommodation riding the Metro.

Alternatively, you might benefit from reading my full guide on how to get to and from Seville airport.

Can you ride the subway to go from Santa Justa train station to your hotel?

Metro Sevilla has only one line and one stop at the city center. However, there is no link between the monumental area and the Seville subway.

So you should look for other alternatives if you want to get to your hotel from Santa Justa.

I suggest you read my guide on how to get to and from Santa Justa train station.

What are the best alternatives to Metro Sevilla?

You will probably use a combination of taxi, bus, bike and your own feet.

You might find that your hotel or apartment is within walking distance of many of your to-do-sights and you might only seldom use public transportation.

I recommend using Google Maps to test out some trips from your accommodation to highlights that you want to see.

Actually, if you are interested in exploring the city by foot, have a look my guidebook called ‘Seville In Two Days’.

One final piece of advice

Of course, this is something you should do regardless, whenever you’re in a crowded and unfamiliar place, but it bears repeating for the subway.

Here is some additional advice regarding safety in Seville.